It is rather common for pharmaceutical companies to “influence” researchers through coercion, incentive, and even threat, to produce the desired results in clinical trials. Fabricating data, such as in the case of OxyContin, is no surprise to the industry.

Clinical trials, usually involving a small number of people, may not truly reflect the outcome of those who will ultimately be using those drugs after their approval.

Drugs tested on animal models may be biased and even irrelevant. An artificially induced disease in non-human animal models may yield results incompatible to a spontaneous, naturally occurring human disease. In short, there is no absolute safety or reliability of pharmaceutical drugs. If you wish to live a long life, your life should be drug-free as much as possible. Taking pharmaceuticals too many and too frequently means that your body is already stressed by physical ailments ‘ and that is not a healthy sign. Ironically, these drugs may do a further disservice by infusing more toxins into an already toxic body. Remember, all pharmaceuticals are chemicals, and therefore are acidic and toxic by nature. However, it does not imply that you must desist from taking your medications prescribed by your doctor. Rather, it suggests that you should be more alert to the side effects of the drugs you are currently taking, and that you should not readily reach out for pharmaceutical drugs without second thoughts as if they were coupons or gift certificates.

More importantly, you should be more aware of your body’s own self-healing power. Your body is very forgiving. Even after years of abuse, your body is still capable of recovering from any disease, only if you would give it the opportunity.

Hippocrates, the father of medicine, once said: “Healing is a matter of time, but it is also a matter of opportunity.” Give your body that opportunity to heal by itself, instead of using a pharmaceutical drug aimed at removing symptoms right away, thereby interfering with the self-healing mechanism in your body.

Western medicine does not take into consideration the basic concept that your body is designed to regulate and repair itself, and therefore does not address self-healing, which is always made in deference to more invasive procedures, such as administering a drug.

When you give your body a drug that replaces a substance your body is capable of making itself, you body then becomes weaker, not stronger, and begins not only to manufacture less of that substance, but also to become more dependent on the outside source, which is usually the drug.

Unfortunately, no drug can give you insight into the circumstance that created your problems. At best, it can only temporarily assuage the physical pain created by your situation. A drug “cures” your symptoms at the expense of creating more potential symptoms down the road. For a while, you may be symptom-free, but soon enough new symptoms may emerge, requiring yet a more potent drug to deal with them. So stop ingesting your body with drugs, flu shots, vaccinations, and other antibiotics, which are toxic by nature.

Vaccines contain killed or less-virulent viruses, bacteria and chemical extracts to stimulate your immune reaction against these organisms. Because more and more reports have cited vaccine failure, manufacturers have made vaccines more potent. You may have been indoctrinated with the concept of taking medications for prevention and treatment, instead of relying on your own immunity. The medical profession is forever promoting the positive attributes of flu shots and vaccinations, leaving the unaware patients no other option except to succumb to the pressure as long as their health care providers are willing to pay.

A case in point: Most recently, the National Advisory Committee on Immunization Practices also recommended that the vaccine, called Gardasil, be administered to girls as young as nine, at the health provider’s discretion, and for women up to age 26, who have not previously been vaccinated against the sexually transmitted human papillomavirus (HPV). These enthusiastic recommendations were hailed as “a breakthrough for women’s health.” You just wonder! 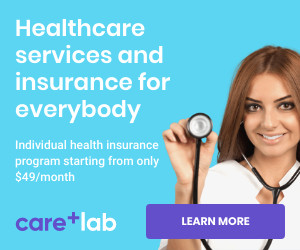 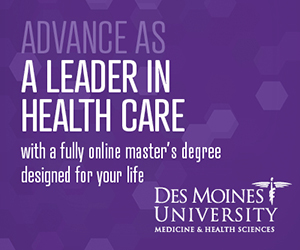